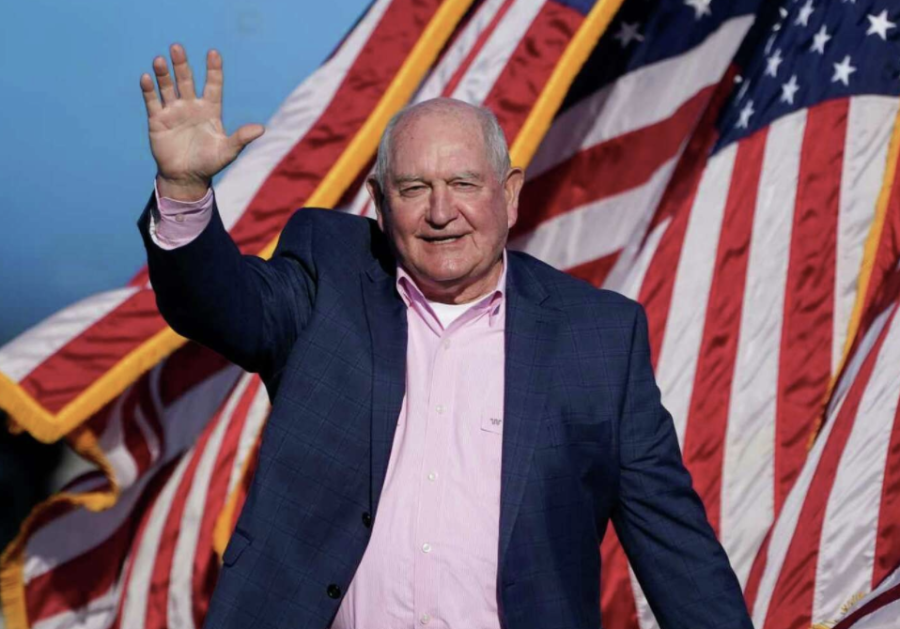 Last week, Sonny Perdue was named sole finalist to be Chancellor of USG. This has led to outcry among university professors in Georgia who see this appointment as an attempt to politicize higher education.

Perdue previously served in multiple political offices in his career. He was a member of the Georgia State Senate from 1991 to 2002. Although he was originally a member of the Democrat party, he switched to a Republican platform in 1998.

Perdue also served as Governor of Georgia from 2003 to 2011. He was the first Republican governor of Georgia since the 1870s. During his presidency, Donald Trump selected Perdue to serve as the United States Secretary of Agriculture. He served from 2017 to 2021.

Since former USG Chancellor Steve Wrigley stepped down in June 2021, the Georgia Board of Regents has considered several candidates for the position. The Chancellor’s role in USG is to lead the system with the Board of Regents. The Board currently had nineteen members, four of whom were appointed by Governor Brian Kemp in the last year. All four of these recent additions are expected to vote in favor of selecting Perdue, who has Kemp’s support.

Dr. Scott Buchanan is GC’s Chair of the Department of Government and Sociology. Buchanan said that historically, chancellors would come from within the realm of education. However, a national trend has developed where leadership roles within education systems, like USG, are given to those who have experience in politics.

“Part of that simply has to do with the fact that most of the job of administrators, these days at the highest levels is to raise money and garner political support,” Buchanan said.

Buchanan said that the wave of former politicians leading schools may pose a threat to higher education if political ideologies leak into the classroom.

“I think it poses a danger if it got into the classroom – in other words, what’s being taught and trying to control what professors are saying,” Buchanan said. “But as far as the overall day-to-day administration of a college, university or university system? No, I don’t have great concerns in that sense.”

However, another GC professor held more fears about the future of USG. This professor, who chose to remain anonymous, said that it appeared the Board was trying to put politics and personal advancement above the students and faculty of the University System.

“Perdue has already done things that demonstrate that he is going to put politics ahead of science,” this professor said. “As Governor then as Secretary of Agriculture, he took steps to sequester knowledge and cover up some unethical dealings.”

Perdue did serve under former president Trump, who is a politically controversial figure. There is also some controversy surrounding Perdue regarding climate change. He has publicly said that he does not fully subscribe to the theory of human-caused climate change. Likewise, it has been rumored that during his time as Secretary of Agriculture, Perdue buried research linking climate change to agriculture damage.

The American Association of University Professors (AAUP) is one body that is unhappy about Perdue being named as sole finalist. When his candidacy was first announced last summer, The Southern Association of Colleges and Schools Commission on Colleges (SACSCOC) reached out to the Board, warning them to keep political motivations out of the selection process. Since last week’s announcement naming Perdue as sole finalist, AAUP reached out to SACSCOC, requesting that they issue a second warning. SACSCOC refused.

SACSCOC has the power to strip Georgia schools of their accreditation. Their warning in 2021 implied that a politically motivated Chancellor selection process could put accreditation statuses in USG at risk. The SACSCOC’s refusal to issue a second warning to the Board of Regents may imply that losing accreditation is not an immediate threat.

Buchanan was dubious that Perdue’s appointment would be enough to affect schools’ accreditations.

“I’m not convinced that his selection in and of itself is going to get credentials revoked,” Buchanan said. “Now if it turned into a situation where he or elected officials began to try to involve themselves in the day-to-day runnings of the classrooms, that sort of thing, that could become an issue.”

JC Gaylor is a senior political science student at GC. Gaylor is also the Chairman of GCSUGOP, the College Republicans group on campus. He is looking forward to seeing what Perdue will bring to USG and does not see his appointment as overtly political.

“I’m excited by it,” Gaylor said. “At the end of the day the chancellor job has had political appointees in the past. I mean look at our president, Cathy Cox. No one cares that she was a Democrat politician for the state. But whenever it’s a Republican politician, it’s doomsday.”