Through the Waves: the truth of GC DJs 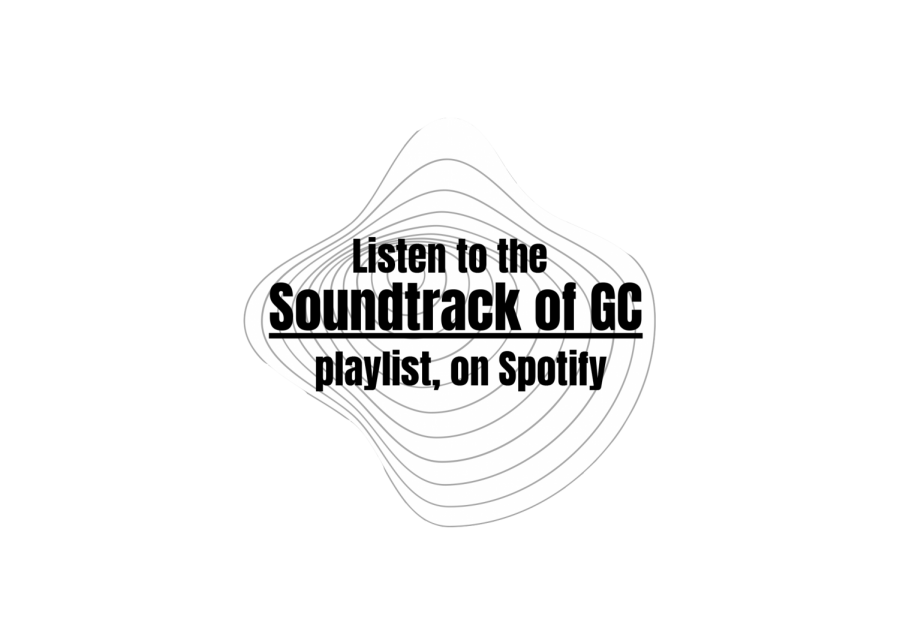 Every friend group has that person who’s always sending song suggestions, making playlists for gifts and blowing all their money on concerts. That friend who would rather watch a documentary about musicians than a series and has a YouTube suggested page of music creators in the studio. To generalize even more, I bet these kids wear checkered vans and plaid flannels with black jeans. They probably have glasses and leave their hair shaggy. Let me introduce you to “the music kid.”

WGUR The Noise, GC’s radio station, is run out of the second floor of Terrel Hall. Microphones emerge from the walls and soundboards buzz with life. The space is small, but all the glowing gadgets leave much room for creativity.

“I love being the person to play the music when I’m hanging out with my friends,” said Halle Rosten, senior MIS major. Rosten has been a DJ since her freshman year and her show, Halle’s Hits, airs Wednesdays from 12:30-1:30 p.m. Lana Del Ray, Glass Animals, Khalid, and Arctic Monkeys are some of her favorite artists.

Rosten became the program director this semester and oversees the other DJs. Although her passions lie in alternative indie music she encourages every DJ to share the music that makes them feel empowered.

“Being a DJ means you have what seems like the whole world at listening distance. Not only do I get to project undiscovered artists and music styles, but I have the platform to speak freely and autonomously,” said Mary Eastland, a freshman double major in history and philosophy. “What I say on air is heard, and holds weight, which inclines me to be an encouraging and real voice for people listening in. Whether it’s sharing about an unknown artist or reminding people to get out in the sunshine, as a DJ, I get to be a faceless voice of influence to the few, or multitude, listening.”

Eastland’s show is called MP Sounds and airs Tuesday and Thursdays from 2:15-3:15 p.m. On her show, she shares music off the beaten path including artists like The Black Keys, The Staves and Allah-Las who she claims is her biggest music inspiration.

Sophomore Mikey Wakefield keeps his show, Mikey J’s Roadhouse, playing classic country. “For the most part, it is 60’s, 70’s or 80’s outlaw country like Waylon Jennings or Merle Haggard. Other than that, there are a lot of guys around right now who are still innovating more traditional country music like Sturgill Simpson and Cody Jinks,” Wakefield said. Mikey J’s Roadhouse plays on Tuesdays from 4-5 p.m.

Wakefield takes his time creating playlists to share and enjoys the process. He admitted that he and his mom are constantly exchanging music and going to concerts together. Wakefield joked that the song to describe their relationship is I’m the Only Hell (Mama Ever Raised). On his own, he’ll spend hours in a Spotify rabbit hole. “You have to be in a certain mood to have your ears and mind open to new music,” Wakefield said about the process.

Mason Wiley, freshman, heard about WGUR during the Freshman Block Party  in August. He and his co-host, Tristen Byrd, run a show called “Casanova Frankenstein Radio” from 4-5 p.m. on Mondays and Fridays.

“My co-host (Mason Wiley) and I both have a deep respect for all types of music and it’s something we talk about all the time. So we just decided to play the music we love and just talk about it on our show,” Byrd said. She identifies as a “die-hard” Spotify user and pulls inspiration from Stevie Nicks, Roger Waters, and the members of Pink Floyd.

As a team they prepare four songs separately and four songs together pulling from genres expanding from funk to rock and everything in-between. Wiley shouted out the local band, Champagne Lane, based in Milly. Their top song Golden Hour has over 2 million listens on Spotify.

Live music experiences are essential to any music lover. Concerts where the lights, sound and vibes are right make life-long memories. Freshman Addyson Ostrowski knew before starting her education major that she wanted to run a radio show. When she saw Taylor Swift’s Reputation tour she described it as a roadway-level production. At the show Taylor surprised the audience with The Lucky One, Ostrowski’s favorite song. On the flip side Eastland’s favorite concert was an intimate show in Atlanta by The National Parks. Both agree that music is a shared experience for strangers to unite through.

Senior Kelley Orr recently started her show, Wake Up With Thunder, at 8 a.m. on Tuesdays. With the intention of only getting practicum credits Orr accidently fell in love with working at WGUR. “Sometimes I go through my favorite songs from each year of a decade, I base each song off of a theme, or I play my favorite songs from a certain genre,” Orr continued, “this past week, my show theme was Atlanta Braves, so all of my songs had to do with the state of Georgia, the city of Atlanta, the sport of baseball or champions!”

Creatives are always pulling from their inspirations, and these DJ’s are no exception. Ostrowski’s biggest influence is Elliott Smith, an indie-rock artist, who expresses honesty and vulnerability in his lyrics. Bill Burr inspires Wakefield to share more of himself authentically. Wiley said he’s inspired by Bernard Purdie, an R&B drummer inducted to the Drummer Hall of Fame in 2013. WGUR’s DJs all have unique inspirations, expressions and tastes but all agree that because of music they’ve found an outlet that lets them express themselves clearer.

Music is a commonality across generations, backgrounds and borders. Through discovering and sharing music, these DJs are creating a space for listeners to connect. The music kid may have a stereotypical façade, but internally they’ve their own reasons and motivations for their common passion for music.

Tune into WGUR on station 95.3 or on their livestream linked on gcsuwgur.com. If you’re curious about the music these DJ’s recommended, search “Soundtrack of GC” on spotify to hear their favorites and songs students on campus love.