Will to Live: Kappa Sigma Raises Money for Fallen Brother

Will to Live: Kappa Sigma raises money for fallen brother

GC’s Kappa Sigma, Lambda Xi chapter is currently raising money for the Will to Live
Foundation with a series of events between April 6 and May 8.

According to their website, The Will To Live Foundation is dedicated to preventing teen
suicide by improving the lives and the ‘Will To Live’ of teenagers everywhere through education
about mental health and encouraging them to recognize the love and hope that exists in each
other.

The foundation was created after the death of Will Trautwein in 2010. His father, John
Trautwein, dedicated the non-profit to his legacy and to encourage the discussion around suicide
in teenagers/young adults.

“We were so stunned by our son’s suicide,” Trautwein told USA TODAY Sports in 2017.
“We thought he was perfect; a happy, big, strong, successful teen. He was successful in all walks
of life, in athletics, music, school. The idea he had a mental illness never entered our minds or
his sibling’s minds.”

Will LeBeau, a GC student and member of Kappa Sigma at the time, passed away in the
spring of 2018. Similar to Trautwein in name, Will to Live supports LeBeau’s legacy, memory
and story.

“A few years back we had a brother, Will LeBeau, take his own life and it shook the
chapter,” said Braydon Denmark, sophomore MIS major and member of Kappa Sigma. “The
current seniors are some of the last actives that actually knew Will and they wanted to do
something big in honor of him before they graduated.”

The brothers of Kappa Sigma have raised $11k out of their $20k goal. A fundraising
event at Zaxby’s took place April 6 to kick start fundraising. The fraternity also hosted ‘Pigs with
Sigs’April 24, handing out plates of pulled pork and BBQ sides for $10 a ticket. Kappa Sigma
plans to finish out their fundraising with two more events, but donations are encouraged freely.

“WillStock is going to be a concert at Capital this Thursday where the ticket sales go
straight to the Go Fund Me.” said Christian Knight, junior marketing major and President of
Kappa Sigma. “The last event we have is a cornhole tournament on Saturday at Walter B.
Williams recreation department.”

WillStock, taking place April 29 at Ned Kelly’s, is organized in part by Jack Douglass, a
senior MIS major and member of Kappa Sigma who knew LeBeau. Douglass works part-time at
Ned Kelly’s, previously Capital, and plans to celebrate LeBeau’s life through music, community
and fundraising for a greater cause.

“I am so beyond excited for it. Will Lebeau was the manager at Capital City, and in large
part one of the reasons I work there myself,” Douglass said. “Nobody loved music more than
Will. Live music at Ned Kelly’s to raise money in memory of our friend and brother is going to
be so incredible. Trust me, you won’t want to miss it.”

The cornhole tournament takes place May 1 with fundraising concluding May 8 through
the raffle of a Yeti Cooler.

“Will’s memory is something that I will carry forever. He was a senior when I was a
freshman, yet that did not matter to him at all,” Douglass said. “He was always looking out for
everybody, always someone we could all confide in, and just seeing the way he loved and cared
about the young men who joined the fraternity was very powerful.”

The Lambda Xi chapter aims to honor LeBeau’s death, generate discussion of suicide in
young adults and raise money for the Will to Live Foundation by rallying the GC community
together. Donations can be made at www.gofundme.com/f/Will-to-Live-for-Will-LeBeau.

“The Will to Live foundation does an incredible job in helping young people recognize
the hope that we as teenagers and young adults have in each other,” Douglass said. “Depression
is a wicked disease and being able to talk about it with your friends, telling your friends that you
love each other is very important.” 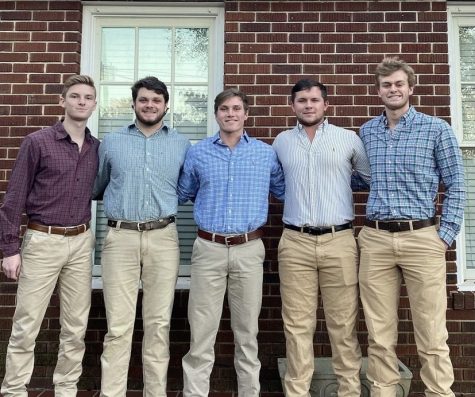 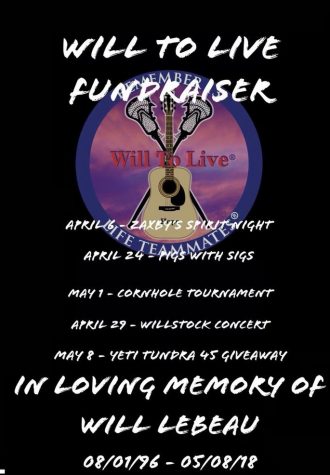