GC Gets Down at Deep River 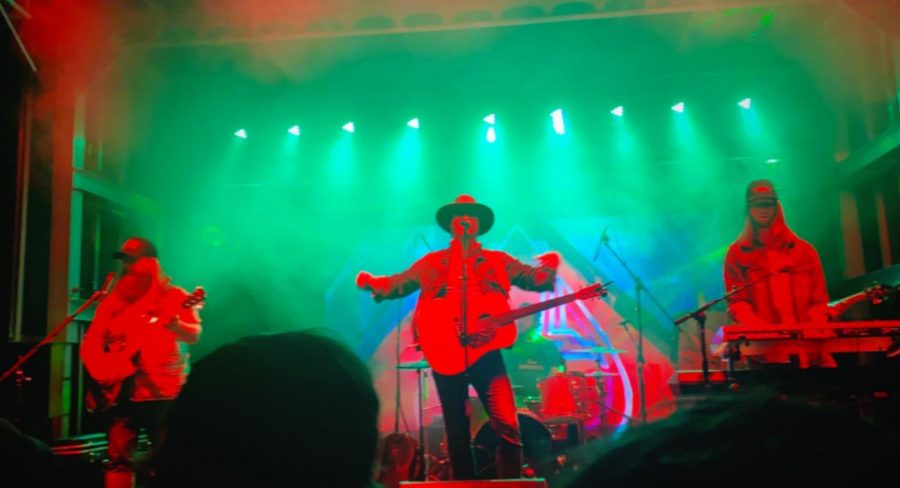 “Attendance was certainly hurt in the afternoon but we still had a good crowd who ‘weathered the storm,’” said Keith Lindsay, owner of Deep River Outfitters. “After the rain, a great crowd showed up.”

Attendees took busses provided by Deep River Outfitters from GC’s Centennial Center to Specht Farms. While on the short drive, passengers were required to wear masks. Being one of the first events hosted in Milledgeville since pandemic guidelines lessened, students were excited to return to a sense of normalcy.

“I really liked how it was very open,” said Hannah Gordon, junior psychology major. “Even though there were a lot of people there I didn’t feel cramped or anything. The transportation was very organized too.”

Once dropped off, attendees followed a dirt path to the entrance of the festival. Food trucks, spaced more than six feet apart, lined the walkway as festival-goers handed staff their tickets. Once checked in, all attendees received a free t-shirt from Deep River Outfitters and either headed to tents to talk among friends, the outdoor bar supplied by The Brick or the stage booming with live music. Lindsay said no last-minute problems occurred, except that a second bar tent was needed to adhere to long lines.

Between seltzer and beer to hot dogs and gyros, a plethora of vendors and food trucks supplied attendees with full stomachs and thirst-quenching beverages.

“They had a lot of food and drink options too,” Gordon said.

Moving past the entrance of the festival, attendees surrounded the stage with performances from Trevor Weaver, Tyler Cullens, Winston Ramble, Timothy James and headliner: The Vegabonds. Within the open field, festival-goers had the option to remain surrounded amongst those listening in the crowd or farther away.

Although the festival lasted from 12 p.m. to 10 p.m., attendees had the option to stay all day or join in on the fun once the rain passed. Busses continued to pick up from the Centennial Center in 30-minute shifts and dropped passengers back off once they decided to leave.

Locals also joined in with their families and friends, setting up lawn chairs while enjoying good company and live music. The outdoor bar was often seen packed with multiple lines as customers awaited a hand-poured seltzer or beer.

A sunset cascaded over the festival before The Vegabonds emerged from the stage, drawing the crowd toward the center of the festival. The Alabama-born, Tennessee-bred Southern rock band has played in Milledgeville before; fans awaited anxiously to hear them perform. The Vegabonds delivered a sensational performance, with stellar guitar playing and killer vocals.

“The food was good, the music was good, nothing was too overpriced and the weather turned out to be perfect,” said Sarah Geise, senior mass communication major.

Although it was their first annual festival, Deep River Fest plans to host their anticipated event in the future. Lindsay looks forward to hosting the event around the same time next year, hoping that it grows as well.

“The music lineup was fantastic and the venue was beautiful,” Lindsay said. “Our guests enjoyed the day and I couldn’t be more proud.” 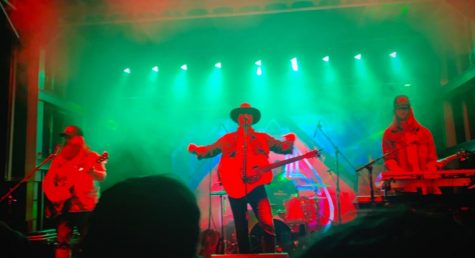