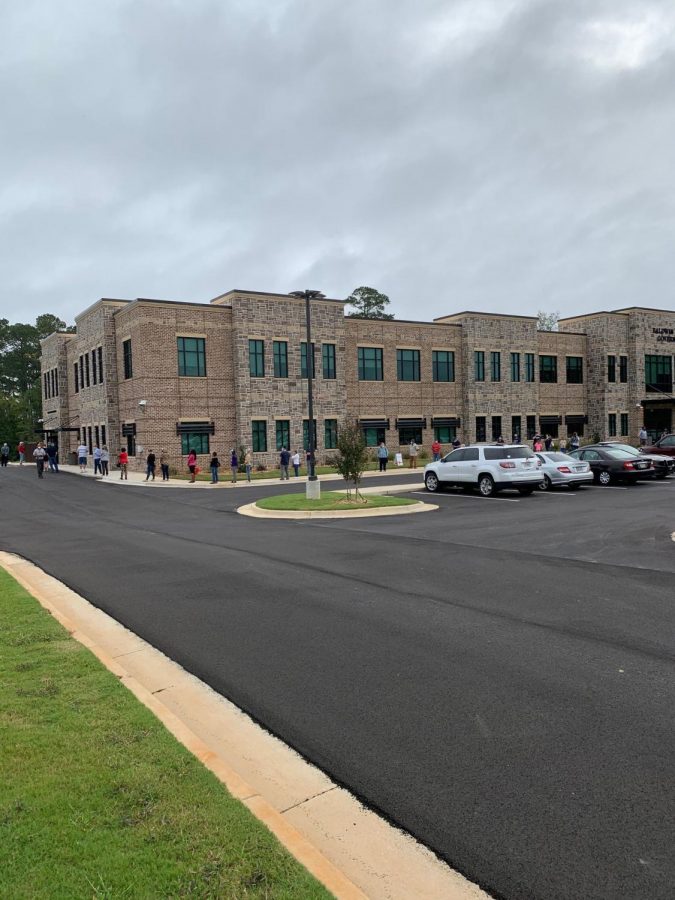 (Milledgeville, Ga) — When the doors at the Baldwin County Government Building opened at 8 a.m. Monday morning, voters were already queued up and ready to cast their ballots.

“People came in inspired this morning,” said Elections Superintendent Todd Blackwell. “We were averaging about 120 voters an hour for the first four and a half hours this morning.”  By the end of the day, the Secretary of State’s office reported that 128,590 Georgians had voted, 843 of those were in Baldwin County.

Judge Blackwell said the line was due in part to social distancing requirements. “Once you put six feet between each voter, then all of a sudden it appears you have a long line when in fact, if we weren’t social distancing, it wouldn’t look so bad,” he said.

All of the poll workers have to wear masks, but voters do not. Blackwell says they cannot place additional voting requirements, but they will offer unmasked voters a single-use mask.

A local voter named Tony told WGUR’s Jonathan O’Brien he was ready to get it out of the way. “I figured the lines wouldn’t be as long as if I waited until election day,” he said.

Proudly showing her U.S. Military I.D. Baldwin County voter Maxine said President Trump’s negative comments about veterans got her to the polls. “I’m out here to represent my veterans,” she declared.

Judge Blackwell said part of the hold-up on Monday was absentee ballot cancellations. “They can’t just apply for an absentee ballot and then show up and say ‘you know what I think I want to early vote,”’ he laments.